A History Buff’s Guide to FR Clothing and Materials 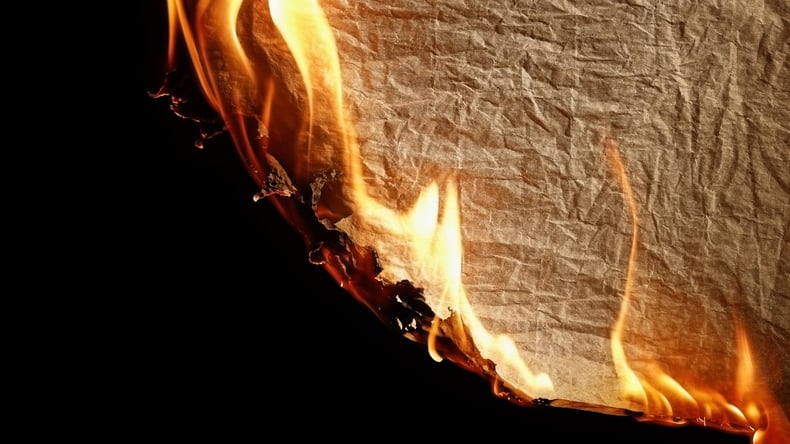 Maybe you had an influential high school history teacher who ignited your love of learning the backstories behind people, places, and things. Maybe you think the best way to unwind after work is sitting in your recliner with the History Channel on the TV. Or, maybe you’re a tradesmen or industrial worker who wants to learn more about fire-resistant (FR) clothing.

Either way, knowing why certain events occurred and discovering how complicated things work is pretty cool.

Surprisingly, fire-resistant clothing, materials, and techniques have a long and intriguing history. Now, the invention of fire-resistant materials may not have been as pivotal as the discovery of fire itself. But, there’s no doubt that FR materials and equipment have transformed the way we keep workers, communities, and families safe.

Like many of the technologies you use everyday (for example, that computer in your pocket), the processes involved in fire-resistance have made crazy advancements in the past couple of decades. The development of FR materials largely began as an attempt to keep entire villages safe. Now, FR gear benefits from constant improvements and re-engineering. Today, fire-resistant apparel and equipment isn’t just used to keep wearers safe. It’s also used to make workers more comfortable, agile, and efficient.

It’s safe to say that the invention of fire-resistant clothing has taken the safety industry by storm. But, this technology has humble and eclectic beginnings.


The BC and AD History of FR

Let’s start at the very beginning. What comes to mind when you think about Ancient Greece? Legends of gods and goddesses? Relentless fighting and war? Maybe. But, you probably don’t think about fire-resistance. Interestingly enough, even in 4000 BC, the FR properties of asbestos were known. In fact, the word “asbestos” comes from the Greek word for “inextinguishable.” During this time, these fire-resistant properties were put to good use as wicks in candles and lamps. A couple thousand years later, ancient Egyptians used asbestos in the textiles that wrapped the bodies of pharaohs to prevent deterioration.

Using asbestos to wrap the deceased became a fairly common process. In approximately 450 BC, Herodotus reported of fire-resistant shrouds that were crafted using asbestos. These FR textiles wouldn’t burn. That meant the ashes inside the shroud didn’t combine with the fire ash and would be available to be placed in an urn.

Throughout its earliest history, fire-resistance and the theme of death seemed to go hand-in-hand. Around 400 BC, the Greeks, Athenians, Spartans, Persians, and other groups of people seemed to be at constant war. War often meant death, from causes ranging from combat to burning villages. That’s when fire-resistant textiles began to come into play as a means of survival.

The Romans discovered even another purpose for asbestos. Their asbestos cloth was used to make napkins, which they cleaned using fire. They also incorporated asbestos in the wicks of the eternal flame of the Vestal Virgins. Then in 755 AD, King Charlemagne, began using tablecloths made of the fireproof asbestos mineral to prevent accidental fires during feasts or celebrations.

As the turn of the first century approached, asbestos mined in Cyprus and Northern Italy were used as cremation cloths, wicks, paper, and more. Then, during the first crusade in 1095, French, German, and Italian knights began using the mineral for a more destructive purpose. During sieges, the knights uses catapults to lob burning tar and pitch into the walls of cities.


A Downside to Asbestos

Nowadays, the potential dangers of asbestos are clear and common knowledge. But, asbestos fibers continued to be utilized until nearly the Industrial Age. In the 1600’s and 1700’s, English theatres used curtains made with asbestos to prevent fires. In the 1800’s, Italy used asbestos paper for bank notes. Around 1850, the Parisian Fire Brigade incorporated asbestos into their jackets and helmets.

Finally, the dangerous health effects of asbestos were documented in those who mined or worked with it. After the “asbestos boom” throughout the Industrial Age, the science behind fire-resistant materials saw a revolution.

The 1700’s was a transformative time for FR technologies. In Great Britain, sometime during 1735, Obediah Wylde used a mixture of alum, sulfate, iron, and borax to create an finishing treatment. This mixture received the first known fire-resistance patent, and is considered one of the most prolific contributions to FR textile science.

Then in 1821, French chemist, Joseph Gay-Lussac, performed his famous study of fire-retardants using plant-based fabrics. Gay-Lussac found that the “most effective flame-retarding salts either had low melting points and so formed glassy deposits over the fibre surface, or decomposed into non-flammable vapours which diluted the flammable gases derived from the cellulose.”

But, the chemist’s solutions had a major problem. They were water-soluble. This meant that repeated washes of the treated fabrics caused the solutions to be easily washed out.

Finally, the 20th century introduced a fire-retardant process that could withstand multiple washes. In 1912, William Henry Perkins developed a fire-retardant that used a solution of sodium stannate and ammonium sulfate. This solution underwent a heating treatment that converted the chemicals to insoluble stannic oxide. The latter was considered the active retardant.

FR advancements seemed to come to a halt until World War II with the creation of the “746,” or “FWWMR,” treatment. Due to the U.S. Army Quartermaster Corps’ interest in flame-retardancy, an invaluable FR process developed in the ‘30s was patented in 1942. This new process involved applying a fire-retardant finish to 15.5 ounce duck. Unfortunately, this doubled the weight of the fabrics applied with the finish. But, the treatment was so effective that the Army continued to use it with 12.29 ounce duck.

After the war, the same facility that worked with the Quartermaster Corps (Southern Regional Research Center) continued their R&D on flame-retardancy. This time they hoped to develop a better process for treating cotton fabrics. Cotton fabrics were significantly weakened when FR treatments were applied. When adding laundering to the equation, the challenge of maintaining fabric strength and effective fire-retardancy persisted for decades.

At last, Westex, Inc. (now part of Milliken & Company) created a solution. In 1987, they introduced Indura®. It was the first range of 100% cotton FR garments that provided durable FR protection for the products’ entire lifetimes (when laundered and maintained properly). Almost ten years later, they introduced Indura Ultrasoft. Indura Ultrasoft was an 88%/12% blend of cotton and nylon. This improved version featured increased abrasion-resistance, durability, and comfort. 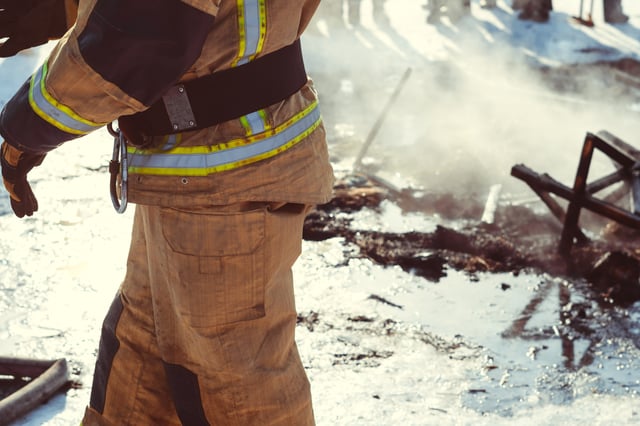 Even more recently, Milliken & Company developed a way to use nitrogen and phosphorous to add FR properties to cotton blends with even greater amounts of synthetic fibers. In this case 35% polyester was used. These FR cotton blends were more economical options for workers needing fire or arc flash protection.


FR Gear for the Modern Workforce

If you’re a wearer or purchaser of FR clothing, you may be familiar with terms like Nomex®, Conex®, and Kermel®. These meta-aramids, fire-resistant compounds are engineered at the molecular level. These compounds aren’t flammable. So, no additional substances are required to give them FR properties. The meta-aramid fibers are simply extracted and made into a fabric.

DuPont researcher, Dr. Wilfred Sweeny, is credited with developing a revolutionary fire-resistant nylon derivative, which would later be marketed under the name Nomex®.

At the time of its invention in 1967, Nomex® was the perfect FR solution in high-heat applications. But, the material, as well as other meta-aramids, have shortcomings. In its early years, Nomex® was up to ten times more expensive than the standard FR options of the time. Meta-aramids also lacked sufficient moisture regain and experienced high thermal shrinkage. That’s why the most common Nomex® fiber for FR clothing today is DuPont’s blend of 93% Nomex®, 5% Kevlar®, and 2% carbon. The price of Nomex® remained relatively high, but the success of the fiber came from its natural, or inherent, fire-resistance.

It’s a common misconception that inherent FR fabrics are more effective than treated fabrics. This is because in the past, FR treatments tended to wash out of garments after multiple launderings. While this is true in some cases, today’s FR cotton and cotton blends can be just as protective as other inherent options. Most suppliers of treated FR cotton clothing will actually provide a durability guarantee. These FR garments will remain intact and effective throughout their lifetimes, as long as they are washed and cared for correctly.

Another addition to the FR material spectrum is modacrylics. These synthetic materials are self-extinguishable, durable, and are especially useful in arc flash protection applications. On the other hand, they have fairly low softening temperatures, meaning they’re not commonly used for turnout gear. Still, modacrylic-rich fabrics have been useful in fulfilling the need for electric arc CAT 2 protective wear.


What’s Ahead for FR Clothing and Materials

Go back just a few decades and there was only a couple options when it came to choosing fire-resistant clothing. Now, technologies are moving forward at a faster rate than ever. The FR industry is offering rapid advancements, such as new fiber blends and combinations and serious design improvements.

Still, a common gripe about FR clothing is its bulk and weight. Many workers only wear this gear because they’re required to. It’s not comfortable or enjoyable to use on the job. The industry is taking leaps to make FR clothing lighter and more comfortable to wear. This will provide wearers with a better range of motion and keep them cooler in warm environments. 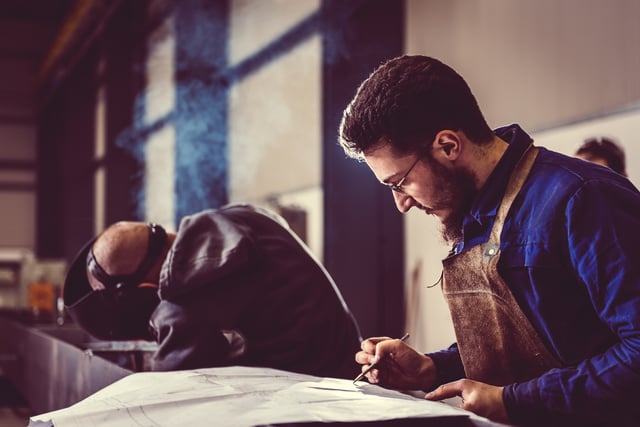 Appearance improvements are also on the horizon. Fire-resistant clothing is under current design to look and feel more like normal retail clothing. Say goodbye to ugly, stiff FR gear, and hello to PPE that’s as attractive as it is protective.

The number of clothing-related burn injuries is still shockingly high. So, the evolution and progression of FR clothing is not over. The fast pace of FR science promises to deliver even more effective and appealing fire-resistant solutions for firefighters, industrial workers, and more.

And there’s your history lesson for the day... Class dismissed! 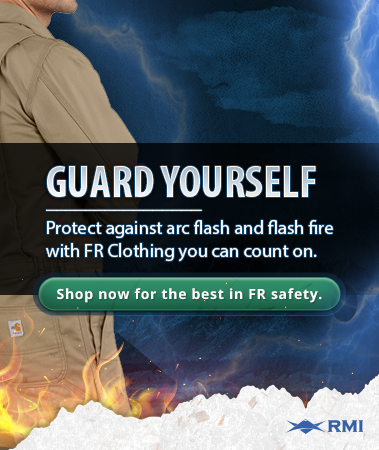